October 21, 2016 is the day when the 5th anniversary conference “Heavy Caspian” took place.

This year, the largest players of the OOG and project cargo transportation and installation market met in Astana, the capital of Kazakhstan. More than 70 delegates from Kazakhstan, Russia, Uzbekistan, Turkey, Georgia, Germany, England, Italy and Luxembourg participated in the conference.

The conference was sponsored by Volga-Dnepr and Cometto.

Within 5 years the Heavy Caspian Conference became the largest event in the region, gaining recognition of business as a point of attraction of ideas and proposals, as well as the venue for discussion of pressing issues. This is the best place in Central Asia for meetings and forging relations for the specialists working in the field of oversized and project cargo carriage and erections.

This year’s conference was distinguished by particular information content, especially related to aspects of operations in Central Asia countries. In particular, Dmitry Tsygankov, Head of Department of Chandler GmbH, elaborated the overview of technical condition of bridge structures and roads in the region’s countries. In his view, those involved in this sector of logistics face unique and unprecedented tasks in terms of complexity. Immense distances, harsh climate, frequently poor condition of transport lines make transportation more challenging and expensive. On top of that, there is an issue of missing equipment, complicated local laws and customs barriers.

The subject was followed up by Jean Aydarov, General Director of TurksibMagistral, who spoke about particulars of project logistics in Uzbekistan and, with more details, about cargo deliveries to Fergana Valley.

It has become a good tradition to discuss the most interesting projects of the outgoing year at our conference. Just so, Dmitry Tsygankov and ArtyomKuznetsov, Director of Mainstream Logistic, shared experience of delivering the equipment for the National Space Center Construction Project in Astana. This transport operation was unique as the radius of the 4 largest pieces (segments) of the thermal vacuum chamber made 9.5m.

Mark Baum, Projects Manager of Instar Projects, expanded on practices and technologies of carrying extra heavy loads given the existing transport infrastructure of the Republics of Kazakhstan and Uzbekistan. In 2016 INSTAR moved the gas turbine (402 tons) and absorber (329 tons) over the territory of these countries.

Andrei Gulyayanovskiy, Department Head of Volga-Dnepr Airlines, told about peculiarities of heavy equipment air freight to Central Asia countries. Considering the remoteness of this region, political problems between the neighboring states and topographic features of these countries, it is aircraft that is capable of ensuring swift delivery of various cargoes. Thus, 28 cypresses were carried to Tashkent from Czech Republic on board IL-76TD-90VD (height of the trees – 7.5 meters). It took less than a week to prepare the flight. Moreover, the airline company managed to propose the advantageous financial solution.Another example of completed works was the project on delivery of the oil and gas pump unit from the Netherlands to Turkmenistan. Not only the air carrier promptly obtained the flight permit, but also delivered the unit by land transport from the airplane arrival point, Mara airport, to Farab (Turkmenistan) – the place it was intended to be used.

The subject of water transport was also touched upon. ErkinNygmetov, Department Director of Kazmortransflot, reported on development prospects of oversize cargo shipping in the Caspian Sea. This topic is especially pressing, taking into account Tengizchevroil Future Growth Project which is implemented in order to increase oil production in the gigantic Tengiz field in Kazakhstan. In July 2016 Kazmortransflot in consortium with BLUE WATER SHIPPING (Denmark) concluded a contract to transport 75 modules (maximum dimensions: 70õ16õ11.25m, maximum weight: 1 800 tons). For this purpose the company proceeded to construction of 3 own specialized vessels on VARD yard (Romania).

In 2017 the conference will move to a new location! «Heavy Caspian 2017» will be held in the capital of Uzbekistan, Tashkent. There is a good reason to choose the new venue. For the last 9 years more than 600 strategic projects have been executed in Uzbekistan, including construction and refurbishment of oil, gas and power-generating facilities. In 2019 perspective, Uzbekistan plans to implement 900 more new projects in the industry, with a total of $41 billion to be absorbed. You are invited to visit this wonderful ancient country and become a participant of our conference.

If you are interested in further details about the event, do not hesitate to contact the Organizing Committee of the forum by phone +79288407784 or e-mail: info@heavy.world 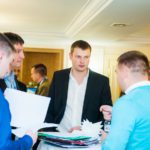 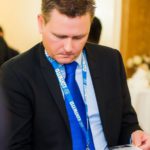 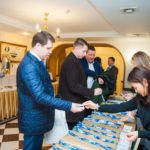 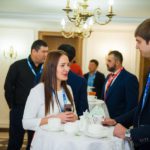 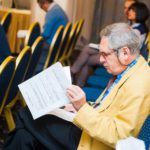 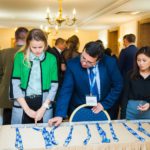 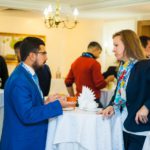 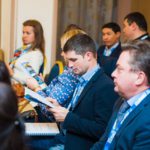 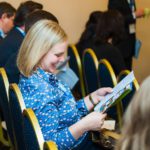 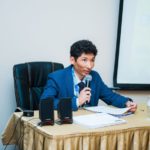 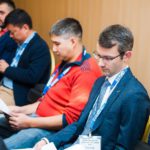 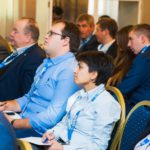 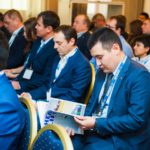 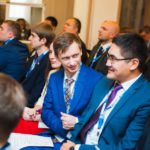 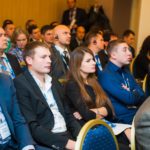 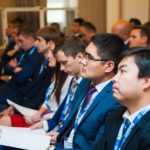 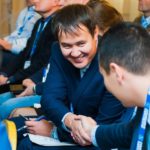 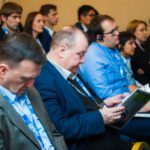 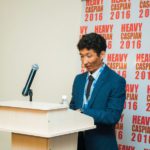 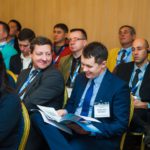 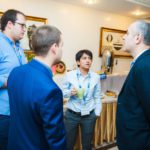 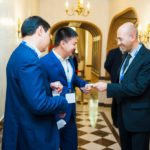 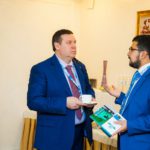 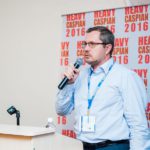 National Secretariat of TRACECA IGC in the Republic of Kazakhstan

Each room at the hotel includes an antique-style interior with a minibar and carpeted floors. Slippers and a hairdryer can be found in the bathrooms.

Fergana Restaurant, decorated in a Uzbek style with traditional wall patterns, serves Uzbek cuisine. Meals can be enjoyed on the terrace, and drinks are offered at the lobby bar.

Guests can relax in the Kazzhol’s spa and wellness centre with a sauna, a hot tub and a massage service. Billiardsfacilitiesarealsoavailable.

The Palace of Peace and Reconciliation is 20 minutes’ walk from Kazzhol Hotel Astana, and it is 20 minutes’ drive from Astana Train Station. A transfer to Astana Airport (20 km) is offered on request.