The 10th annual international conference HEAVY RUSSIA 2018 took place in Moscow on November 15-16 and was focused on heavy-lift and oversize logistics in Russia, CIS and non-CIS countries. The 10th anniversary conference was attended by 345 delegates from 15 countries worldwide.

The first speech of the first session was given by Marat Yarullin, Director Sales and Project Development Department of FESCO Transport Group – representative of the Conference Main Sponsor – who started with summarizing some of results achieved by this industry during the last decade. In the first place, he mentioned major modernization of the oil and gas sector – refurbishment and construction of new oil refineries and petrochemical facilities, development of new oil and gas fields, construction of pipelines and terminals. Metallurgical works engaged in large-bore piping supply were ramping up productive capacity.

Power industry is also witnessing large-scale upgrade, for example, of main GRES power plants as well as state power plants in the European part and in the Far East. Modernization was based on European model as laid by A.B. Chubays, our energy market leader and pioneer of wind power development. Extraction of mineral resources has reached unequalled level and President Putin is setting a new target for the industry to exponentially increase production in the next few years. Positive trends are emerging in shipbuilding and motor industries. Much more has been achieved in infrastructure construction – roads and bridges. Projects related to the Northern Sea Route (NSR) began to operate. The Arctic has revived improving communication with Norilsk and opening doors for extensive projects on Yamal.

Economic sanctions of the USA and European Union are having significant and multi-sided effect. This way, major western and mainly European companies are winding down their activities in Russia giving way for Russian and American businesses. Transport companies which used to operate only in sea freight started to advance engineering subdivisions, purchase associated equipment and offer complex shipment and engineering services consequently expanding their business.

Our neighbors are also very active. For example, Kazakhstan demonstrated explosive development followed by minor recession and a little recovery again now. A new wave in energy, oil and gas and even nuclear industries can be seen in Uzbekistan but until the republic is through with the elections, it is prematurely to be anyhow specific. Turkmenistan is experiencing abundance of gas which has a great influence on projects. The news say that starting from January 2019 Russia plans to buy gas which will have a positive effect on political climate in the region. Belarus is building its nuclear power plant and upgrading chemical works and oil refineries.

Marat Yarullin defined the trends for the next 5 years. It’s a trend towards the north and north-east of the country and development of major projects in these parts. The NSR will allow both oil and gas projects – first of all, this is Yamal LNG Project – as well as mining businesses to unwind: coal and ore works are striving at production potential increase. Here we mean development of LNG reloading projects in Murmansk and Petropavlovsk-Kamchatsky. A lot of chemical factories are under construction in the Far East – Amur Gas Processing Plant and a real cluster of chemical works around gas pipeline Power of Siberia which will shift the emphasis on the Far East.

In general, projects have become more sophisticated from engineering point of view. Project- and budget-managing companies guarantee that the budget will be implemented on a turn-key basis and within the agreed timing. Digital modernization is underway. Digital technologies ensure PC modelling and avoiding errors in real life using these models. At the same time, our access to state-of-the-art equipment is limited by sanctions and Ruble devaluation which is coupled with limited access to financial resources and encourages to search for new investment-free ways of cooperation.

In the next 5 years we will face a number of severe risks, namely trading wars between the USA and PRC vested with sanctions, the similar stand between the USA and EU as well as US- and NATO-supported armed conflicts in the Middle East which postpone projects targeted at these regions. On top of that, European partners are afraid of American sanctions being inactive or even abandoning our market. Weather risks are attributed to limited availability of winter roads caused by climate warming.

A most interesting speech was given by Vyacheslav Fyodorov, Head of Oversize Shipment, AO NIPIGAZ. He expanded on execution of the Amur GPP (gas processing plant) construction by the lead Russian EPC Contractor PO NIPIGAZ.

Construction of the Amur GPP facility is ongoing in Svobodny district of Amur Oblast on the Zeya River (the Amur tributary). The plant is going to become the world’s and Russia’s largest gas processing facility. Its area is about 800 ha. The plant is designed for processing – separation and treatment – of multicomponent gas supplied by the Power of Siberia gas pipeline from Yakutia and Irkutsk gas production centers established by PAO Gazprom as part of the Eastern Gas Program. The idea is to reach plant productive capacity of 42 billion m3 of methane, as well as 60 million m3 of helium, 1 million tons of propane, 0.5 million tons of butane and 0.2 million tons of pentane-hexane fraction per annum. Treated methane will be exported to China.

The construction project was launched in 2015. NIPIGAZ is rendering the full range of facility support services: detail design preparation, supply of equipment and materials, construction and installation activities, mechanical completion and handover of the plant to OOO Gazprom Pererabotka Blagoveschensk. As of September 2018, the project is 21% complete.

Construction of this kind implies procurement of big amounts of process equipment including overweight and out-of-gauge cargoes. During the navigation period of 2018, 79 oversize and heavy items were delivered to the AGPP construction site. Overall volume amounted to 62,000 freight tons, out of which 27 items weighed between 100 and 862 tons each. The biggest demethanizer column was sized 88 m in length, 8 m in diameter and reached 831 tons in weight. The second biggest unit – nitrogen removal column – weighed 862 tons. Three cranes were engaged to load it on the ship.

The equipment was shipped by sea with four 12,000-ton dwt crane ships chartered for this very purpose. Two of them were sourced from Europe and two more from South Korea – equipped with three deck cranes, two 700-ton and one 350-ton unit. The equipment was loaded out in the ports of Bremen, Antwerp, Aviles and Masan. De Kastri Sea Port – the closest port to the Amur – was selected to reload the bulky items on the barges. The port was not suitable for such big-sized ships and it was resolved to reload the cargoes in the roads.

The vessel with column equipment from South Korea was the first to arrive. Demethanizer transshipment presented the biggest challenge – not only this job had to be done at anchorage, but it also involved simultaneous operation of three cranes which made crane operators work in a synchronized manner.

The barges were leaving Di Kastri and proceeding to the AGPP jetty on the Zeya River. It took 20-22 days to cover the 2,464-km long route including top-up on the way. 14 barge trips with bulky loads from Di Kastri to the AGPP jetty fitted into navigation period of 2018. The most challenging section on the Zeya River to be overcome by the barges was 212 km long and characterized by strong current, silting, frequent water level variation and changeable water course. Transportation was possible only in daytime and under clear visibility. Approaching Svobodny, the barge speed was just 3 knots – so strong was the current.

Preparation for the project required additional efforts due to lack of tug boats and 1-m draft barges when loaded with up to 1,000 tons. The available fleet had to be upgraded followed by building of 19 new units: four river-sea tug boats, four shallow-draft river tugs for towing the barges along the Zeya River, seven barges and four pontoons. The entire fleet was built, mobilized and put into operation in less than a year. Preparations also included dredging operations on the Zeya River and approval of flushing the Zeya GRES to raise the water level for passage of dredging machinery and tug/barge towing arrangements.

A special jetty was constructed on the 212-km point of the Zeya River to reload the heavy-lift and oversize equipment from the barges. The jetty is fitted out with 1,350-ton and 750-ton crawler cranes and connects to construction site with a 24-km long road. Equipment installation activities were starting immediately upon delivery to site.

As for navigation period in 2019, it is planned to ship by sea 108 overweight and oversized equipment units with a total volume of about 100 thousand freight tons. Two ports of transshipment will be used – Sovetskaya Gavan and De Kastri are awaiting five ocean-going heavy-lift vessels with 12-20 thousand tons of deadweight. The AGPP jetty is ready to meet 21 tug/barge towing combinations.

The wind mill project in Tiksi was described by Kirill Sorokin, General Director of SpetsStroyMash – this company rendered full service of delivery, erection and start-up of wind generators.

We are talking about three experimental wind-driven power plants designed and manufactured by Komaihaltec Inc., Japan. The towers are 41.5 m high with its blades sized 33 m in diameter. This equipment is suitable for Arctic service and adapted for severe weather conditions of polar regions. The blades of the wind mills are shortened to 16 m, while the generators are designed for operation under temperatures of down to – 50°С and storm winds. Design capacity of this facility is 0.9 MW. In total, the wind mills weigh 238 tons and special machinery – 261 tons.

The first attempt to deliver this Arctic-version complex was taken in 2005. However, in 2014 these units broke down. Lessons were learnt before creating a new facility. The start-up ceremony for this wind power facility took place on November 7, 2018.

In terms of weights and dimensions this project is not that outstanding. Each blade weighed about 5 tons and was 16 m long. The heaviest item – nacelle – weighed 18 tons with lifting height of 55 m. Individuality of the project was explained by the fact that delivery and erection activities had to be completed during short navigation period, and all lifting gear and erection equipment had to be transported together with the main shipment.

Customs clearance was finished in three days at a rate of 0% and 0% VAT. Haulage to Yakutsk over the distance of 3,100 km involved 18 rigs. Components and cranes were taken to Tiksi by two ships. It took four days to install each mill on pre-assembled foundations. Teams had to wait for 3-4 days as installation activities required windless weather only. The project was completed in four months with successful demobilization until the end of navigation.

There are 1,200 people living in Tiksi. The subject project has its own social significance for the locality as the capacity of the wind power facility is 900 kW which allows to save up to 50 tons of diesel fuel within 12 months. If all goes well and successful, RusHydro Corporation plans to supply such wind mills for all northern borders of the RF and reduce the conventional fuels requirements.

Consequently, with large-scale projects under implementation in the country, heavy-lift and oversize transportation industry is progressing and building up on experience. In conclusion, I would like to emphasize the proposal made by Marat Yarullin – we need more communication and interaction to be more successful and robust in front of our challenges. 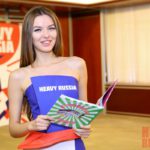 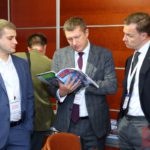 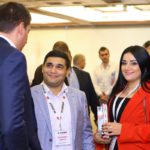 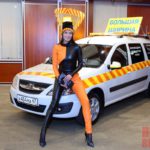 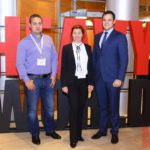 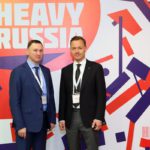 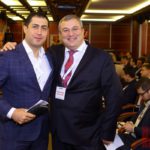 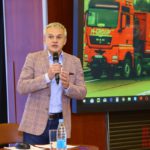 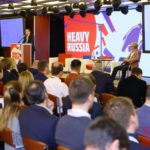 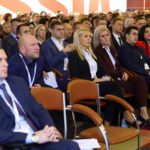 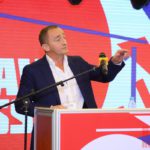 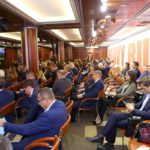 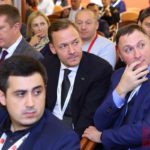 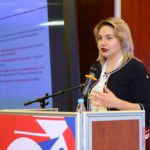 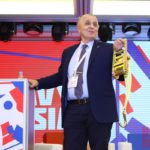 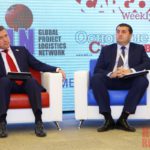 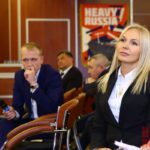 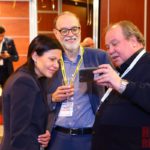 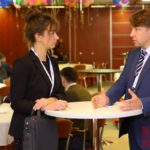 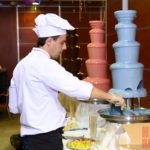 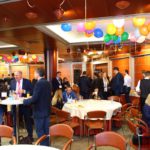 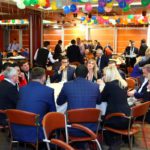 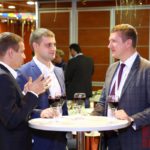 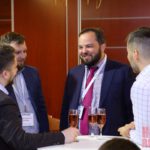 The discussion will be attended by:

• Vybornyi Anatoly, Deputy Chairman of the state Duma Committee on security and anti-corruption

• Representatives of the State Policy Department in the field of road facilities of the Ministry of Transport, Rosavtodor and general prosecutor office